“A knight? That would be so cool!”

Those were my first thoughts when my friend and fellow photographer, Lor Madness, contacted me saying that she had someone in mind for me to shoot with. She had done a set of images with him previously and thought of me doing the same. Such a thoughtful girl!

Ottawa, ON  native and current Kingsville resident Dave Richer, of Richerworld Productions, and I immediately began laying the groundwork for our session. We went over every part of the shoot before we even met face-to-face: setting, concepts, armour details, you name it. We wanted to get just the right shots to highlight his magnificent suit of custom armour and the man inside it … showing the knight in the best light, so to speak. 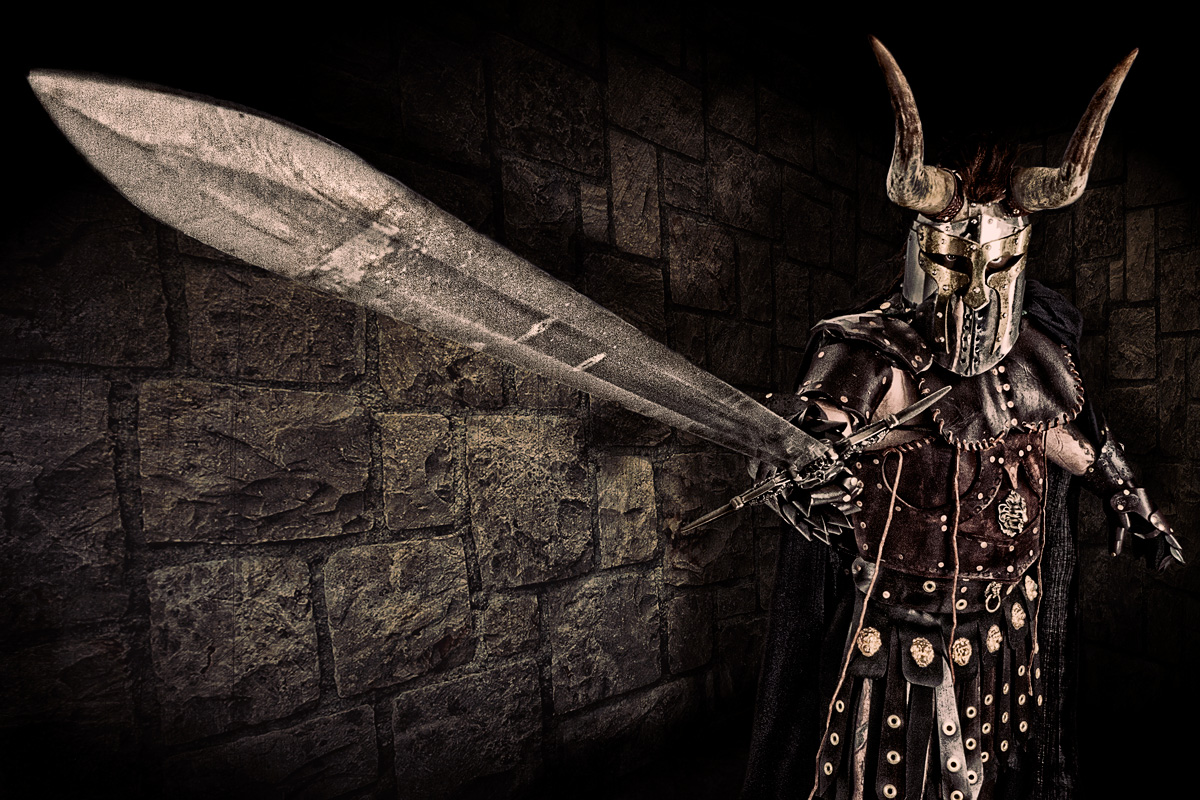 Dave arrived at my studio late Sunday afternoon and we immediately set to work. We went over the shot setup again and got him suited up. If you’ve never tried on a full suit of armour, let me tell you that it’s not an easy thing to move around in. It’s stiff and bulky and pinchy in parts. Plus, the full suit weighs in at nearly 60 pounds – a hefty load considering it’s mostly leather. I felt for Dave as I prepped the lights while wearing my equally bulky shorts and t-shirt (alright, I wasn’t working anywhere near as hard as he was but I did drop the temperature in the studio some so he didn’t sweat to death).

Now, Dave’s suit (custom-made by the man himself) is a finely crafted mix drawing from Germanic, Gaelic, Roman, Spartan and Corinthian motifs. It looks downright evil in the right light and Dave bore it well. I had some composite concepts in mind, which we shot for, but I also wanted to highlight the suit in its own right. Considering the amount of work it must have taken to put it together, I thought it deserved that much, at least. As a huge (HUGE! Did I mention ‘huge’ … ?) fan of movies such as “300” and Bethesda’s “Elder Scrolls” series of games, the suit presented some fantastic opportunities to create a set of  ‘dark fantasy’ images. 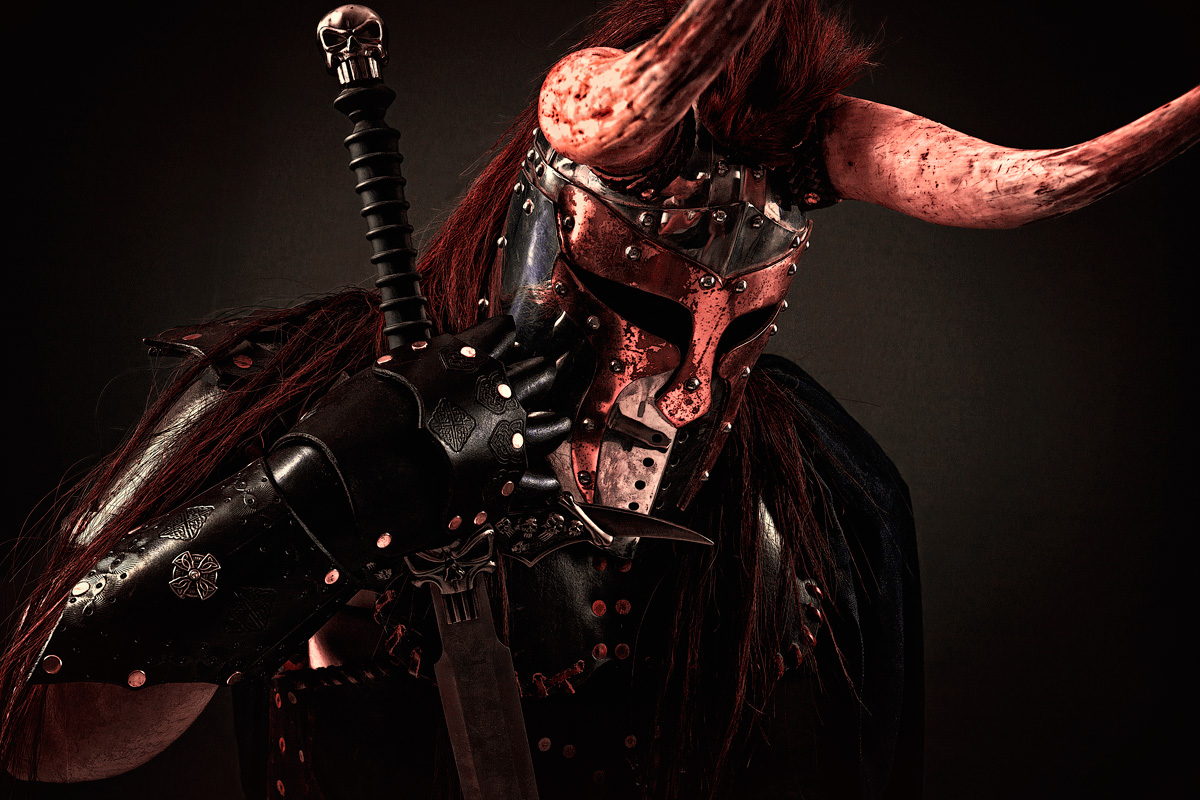 The original plan involved moving to an outdoor location once we had completed the studio set but hard rains trumped our intentions. Needless to say, we ultimately got some shots that we were happy with and have already begun working out a time to finish the project. I’ll be scouting locations over the next couple of weeks that would ‘suit the suit’ – something Frank Frazetta-esque, if all things go right. Hmn … I wonder how this knight would look on a horse?