What’s in a portrait? The short answer would be: people.

The long answer is, well … much longer than that.

Of course, some people see the portrait as an opportunity to play a role and don a mask. They aren’t so much showing us who they are as who they wish they could be. In this case, the portrait becomes an even more interesting reflection of their inner self as we get to observe them indulging their ego’s fantasy.

Among my favourite types of portraits are those in which you capture something unique to that person, couple or group. It may be a certain look in their eye or a subtle gesture, but it’s one of those defining elements that makes them ‘them’. Making a connection with them, or knowing them well, generally yields the best results. The average person doesn’t just let their guard down for everyone and it can be a challenge to see through the exterior they’ve built up against the outside world. Sometimes, though, luck throws you a bone. In the above image, it was just blind chance that Monica and Shayne’s dogs just happen to cross leashes the way they did. Lucky me! The chance to catch them in a funny, one-in-a-hundred moment popped up and I took it. 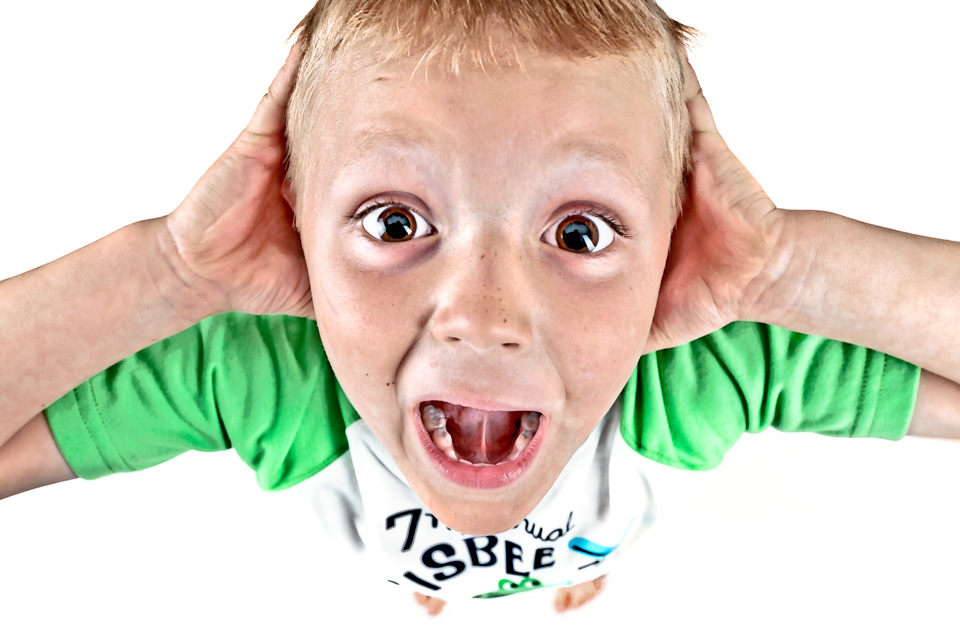 Now, kids, on the other hand, are an entirely different matter. They (typically) haven’t built up the masks and defences that most of us have as adults. They’re open, playful, unabashed and easily encouraged. A connection still needs to be made between subject and photographer, but it’s a more organic process with the wee ‘uns. When I took this shot of Devin, we were just goofing around. Each time he made a funny face, I’d pretend to get frustrated with him. In turn, he’d just laugh and make an even funnier face. Ultimately, I got to see him being him and then capture it without any fuss. It was definitely fun for both of us!

Perhaps the most telling aspect of any portrait is the photographer who takes it. After all, It’s not the person in front of the camera that chooses the angle, the lighting or the moment. Those elements that, when brought together, shape the portrait into its final presentation, are purely at the discretion of the person behind the camera. As the English novelist, Samuel Butler, put it, “Every man’s work, whether it be literature, or music, or pictures, or architecture, or anything else, is always a portrait of himself.“

Something to think about …

7 Lessons Learned Over the Past 7 Years in Photography