How can ’emotion’ be an art? How can the very real, human experience of ‘feeling’ be the object of a learned skill, the end-goal of a process, a mere device to be used?

Sounds a touch Machiavellian, doesn’t it?

Thankfully, I don’t have to answer those questions as that’s not what I’m talking about. I’m talking about the ability to capture emotion, trigger an emotion by connecting with an experience or memory, or revelling in the emotion of a single moment – be it stock or spectacular. All of this, of course, through the art of photography.

Traditionally, I look for an emotional connection with a given subject. This is not to say that we’re sitting down to a one-on-one love-in but, rather, that I’m looking to bring something out of the person in front of me that they wouldn’t normally show to the camera. Through conversation and getting to know them (as much as time allows), I want to see … I want everyone to see … something of the person underneath, not just their face. Memories and experiences have a way of changing our expressions subconsciously. It is those expressions, the ones that tell a person’s real story, that I strive to capture. 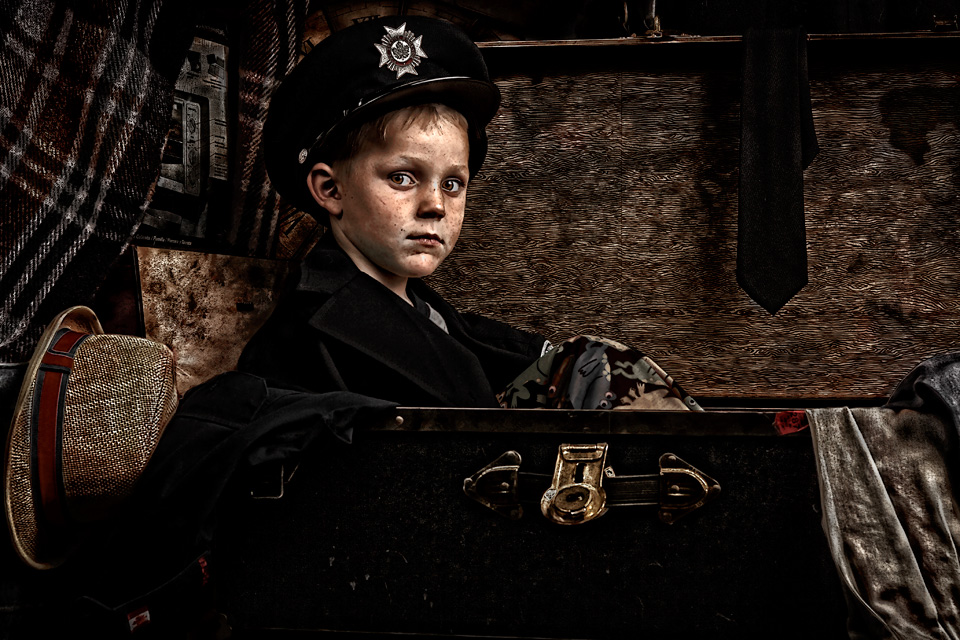 This isn’t to say that I never try to create an emotional image from scratch. There are times that I have something in mind – an ’emotional composition’, so to speak – that I really need to create. It could be something as complex as a morally challenging subject or it could be something more subtle, like the innocence of a young boy trying to connect with something lost.

Such was the case with my following image “The Last To Go”.

A few months back, I had a staggering thought: one day, after a long and (hopefully) happy life with my wife, I may face the very real possibility of being old and alone. Just the thought of being without her makes me feel lonely. That thought led to a visualisation of just what that could mean – a tired, ageing gentleman … a house empty of all that once filled it, now quiet and dark … the day he has to leave that home … a memento of his departed love still hanging on the wall … the last thing to go … like him. 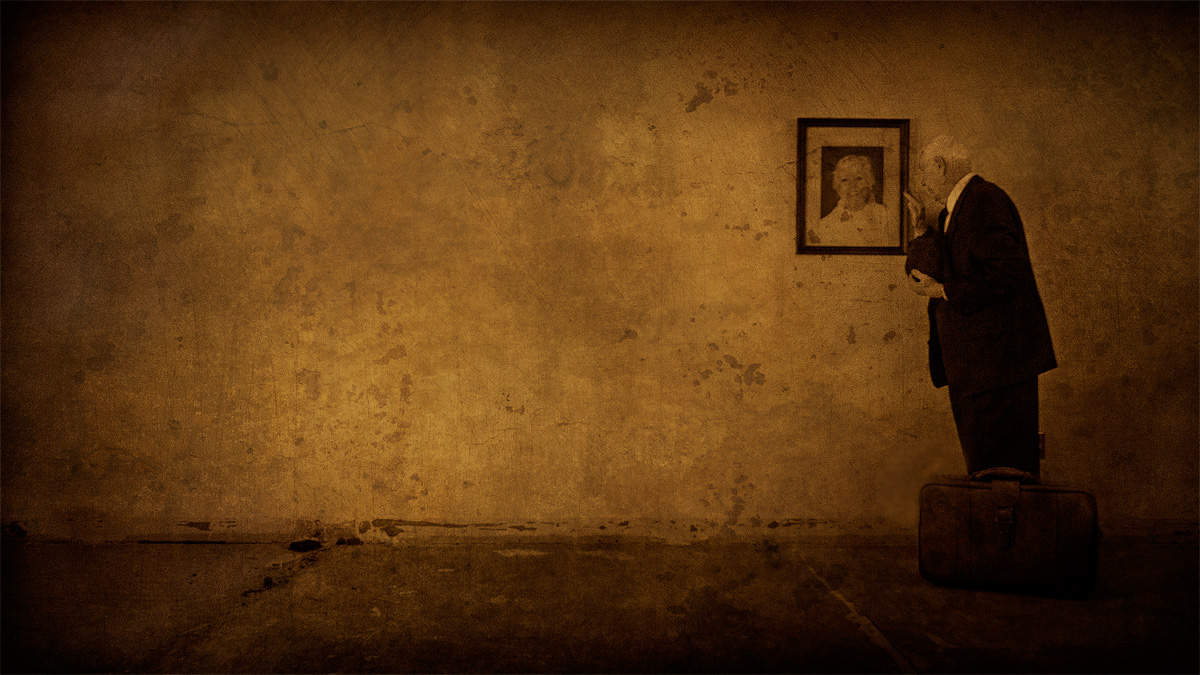 Now, when I have a thought like that, I’m left with a choice: allow depression to embed my butt into the couch under an ever-increasing pile of Cheetos crumbs and empty take-out coffee cups, waiting for the frozen waste of a passing 747 to inevitably fall through the roof of my house and crush me, or I can contain the demon within the frame of an image. As none of you read about the former happening, I obviously chose the latter.

With the help of a truly gentle man, my friend Angus, we scouted a suitable location, gathered ourselves on the chosen day and shot the image you see here. I chose the texture and toning to emphasise the bittersweetness of the moment and lend a nostalgic air to the scene. Angus brought the realism. Not only did he fit the role perfectly, but he’s a widower and the image on the wall is his, well … there’s no need to say it out loud. He willingly offered and I willingly, although hesitantly at first, accepted.

Realism. The emotion in the art.

That’s what I’m talking about.

To book your own custom fine art portrait with a focus on mood and emotion, call me at  519-619-3237 or connect with me online.