In the long, long ago, before I started smashing pixels, I had a fascination with creating works of fantasy.

As a child, I would draw, doodle, finger-paint … you name it – same as most kids do. Unrestricted creative play was a great outlet for the chaos that was in my head. My imagination ruled most of my waking hours, when I wasn’t absorbed with sword and sorcery flicks, cartoons and reruns of classic Star Trek. By the 1980’s, I had started really committing myself to illustration, especially elements of the human form. I would spend hours drawing hands and faces, making sure that every crease and curve was captured in as realistic detail as possible. While I dabbled in point n’ shoot photography at the time, “pixels” wouldn’t be added to my vocabulary for decades yet – it was all about pencil and pen.

Those early years were heavily influenced by comic books and fantasy art, which continued into the 90’s. Artists and image creators such as Boris Vallejo, Frank Frazetta, the Hildebrandt brothers, D.C. Sutherland, David A. Trampier, Brian Bolland, John Buscema, Marc Silvestri, Jim Lee and Todd McFarlane all left an imprint on me and my art. So much so, in fact, that I toyed with the idea of getting into comic book illustration myself. The three characters above – Regime, Saviour and Warmonger, respectively – were all designs I worked on around 1996. Alas, I was too young, too inexperienced and lacked the focus at the time to turn it all into a career, so I mothballed the works for, well … too many years.

When photography came into my life, it was a breath of fresh air (artistically speaking). 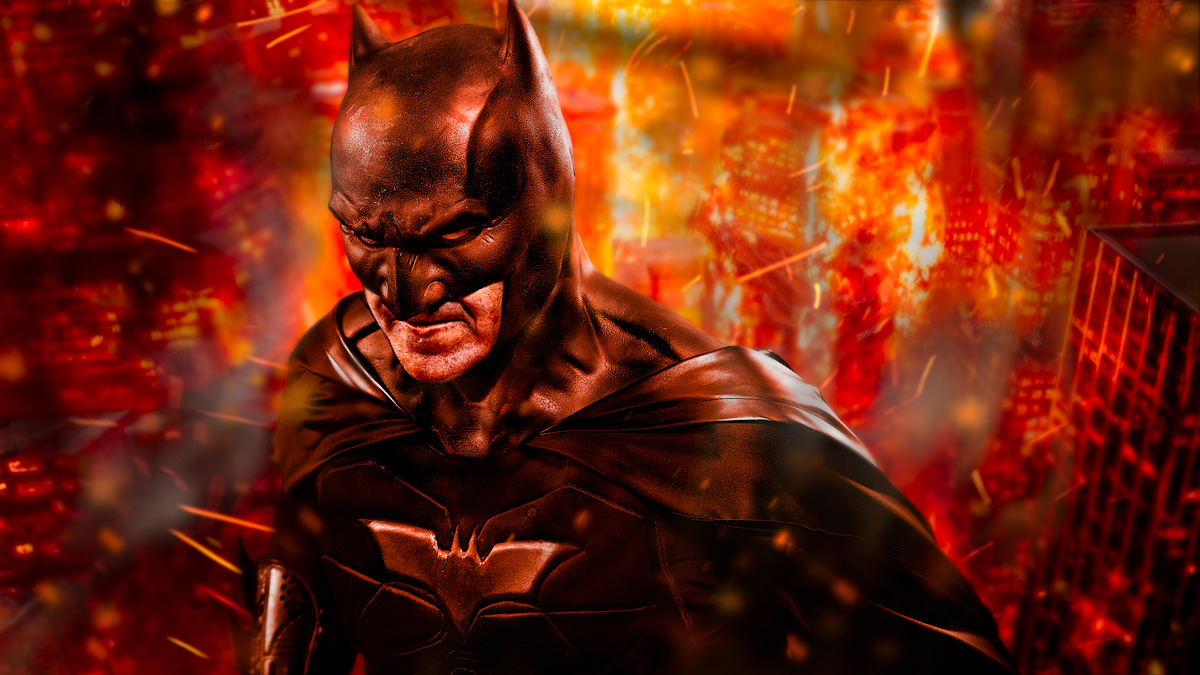 It wasn’t long after first learning exposure and effective use of light that my thoughts turned back to my old fantasy creations. By blending real life photographic elements with my kind of artistry (digital, this time around), I could create scenes and stories the way I’d always envisioned them in my head. It actually felt like I’d been training all those years without knowing what for and then … BOOM! … the final piece fell into place and it all made perfect sense. Pen and pencil evolved into pixels.

Take the Batman image above, for example. Sky Westman, aka The London Batman, is a local cosplayer with some serious mojo. He’s a bad ass Dark Knight. So, when the opportunity came up for us to work together, I jumped on it. What you see here is the end result: a little reality, a little fantasy and a whole lot of something that I couldn’t quite create the same way years ago. By the same token, it’s a whole lot of something that I couldn’t have created now without doing what I did all those years ago.

I guess you really never do know what’s going to come your way … or back around your way.

Just be ready to grab it when it does.

On This Day, Remember

Movember: Get Your ‘Stache On For Charity

You CAN Climb That Mountain