“In order to carry a positive action we must develop here a positive vision.” ~ Dalai Lama

One of the real benefits in doing what I do is experiencing the range of personalities of the people that step in front of my camera. Some are quirky, some serious. Some are shy yet others are boisterous and outgoing. Some are jokers the whole way through. My favourite, by far, are the ones that leave me feeling lighthearted and cheerful after their session. 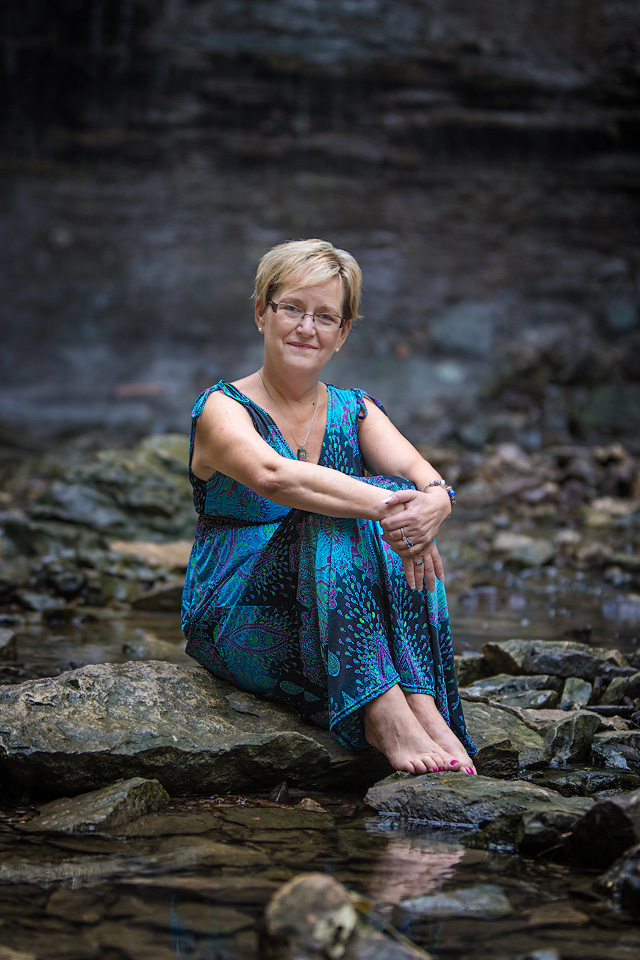 Terry had recently moved to London from Sault Ste. Marie. Having been through an unexpected divorce two years earlier and being fully retired for the past six years, she decided to come south to lend a hand with her daughter and son-in-law and their too-busy schedules. Although she had to face the challenge of leaving behind the rest of her family, she found that she had the full support of her parents, sisters and children, as well as her close friends.

Unfortunately, both of her parents passed within nine months of each other after she moved to London. In her own words they were “very loving parents who were fortunate to have grown old, but I miss them very much“. It was then that she told me that, during a routine mammogram, she was diagnosed with breast cancer.

Now, I know this doesn’t sound like a very happy story so far – a lot of negative events taking place in such a short span of time – but you have to understand how Terry delivered each detail, first in our initial consultation and, then, later during her session. It can be summed up in one word:

Many people might have trouble dealing with a divorce or the passing of their parents or a cancer diagnosis, and staying positive. All three of those things within a couple years’ time? That could be downright crushing. However, Terry didn’t seem crushed at all. While the emotion from those events would creep into her voice here or there, and the odd tear would hint at making an appearance, she stayed smiling and relaxed. You could see it in her body language: she wouldn’t allow any of these things to defeat her. In a casual, conversational way, Terry was actually quite inspiring.

She has a feeling of calm about her and her smile just won’t quit. As we navigated the wet rocks of Hamilton’s Tiffany Falls, moving from one spot to the next, Terry and I talked about all of these things as if we’d been friends for some time, rather than having only met the week before. When the subject of her impending surgery came up, she smiled and said “I’m going to kick it in the butt“.

“My father always taught me the power of positive thinking. I also believe in the power of prayer and I have a huge network of ‘ cheer leaders ‘ out there cheering me on to help me get through this next phase that I will call ‘a big bump in the road’. I stole that from my sister … she is a breast cancer survivor!

I want people to know I’m fighting this battle with everything I have inside of me.  I’m going to embrace this challenge in the most positive way I can.   I can’t do it alone – my appearance may change – but I’m still going to be the same as I was before.  My heart will get even stronger than ever and my zest for life will continue forever.” 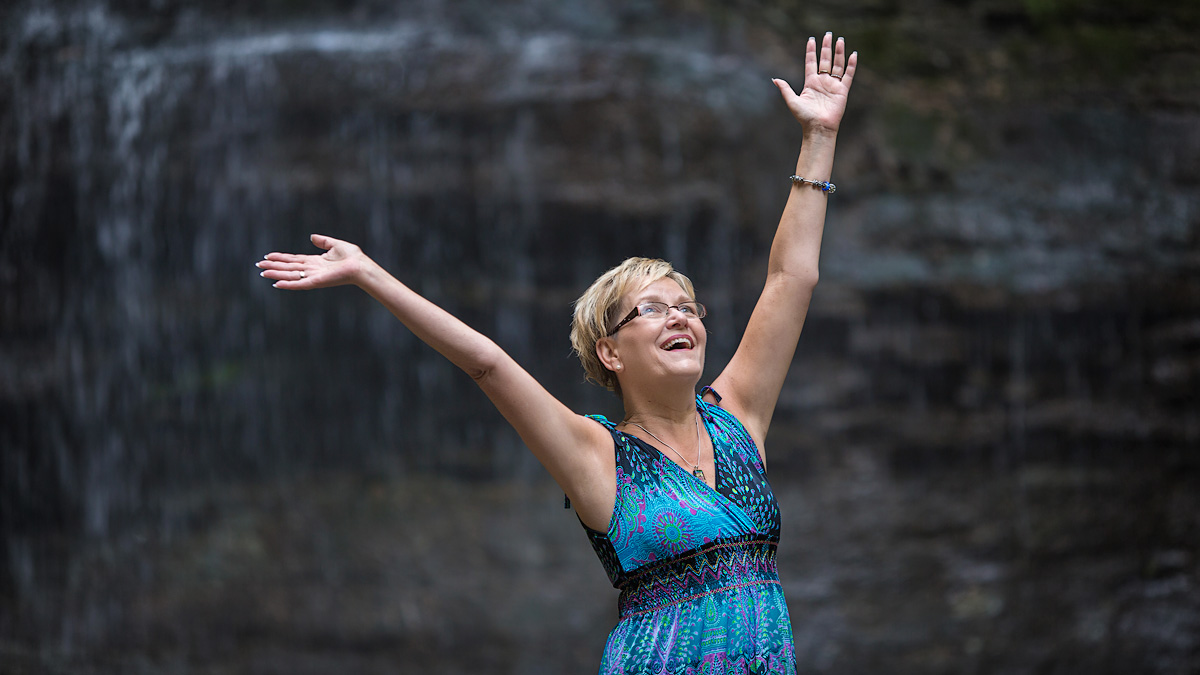 She’s also recently met a new special man, one who’s standing by her side “even though the future is unknown at this point” (and that says a lot about what type of man he is …). 🙂

Terry, you’re a virtual ray of sunshine and I’m glad to have met you.

Shooting On The Wild Side