Today, being International Women’s Day, I can’t help but think of the women who have stood up in the community to make a difference by leading. One such woman is Celina Rivas Vasquez, Miss Teen Canada 2013.

I recently had the good fortune of having Celina attend my studio for a sitting. As she was soon to pass her crown to 2014’s Miss Teen Canada, she wanted some professional images to commemorate her time with the title. Getting to know some of what she’s done over the past year, I couldn’t think of a better example for International Women’s Day. 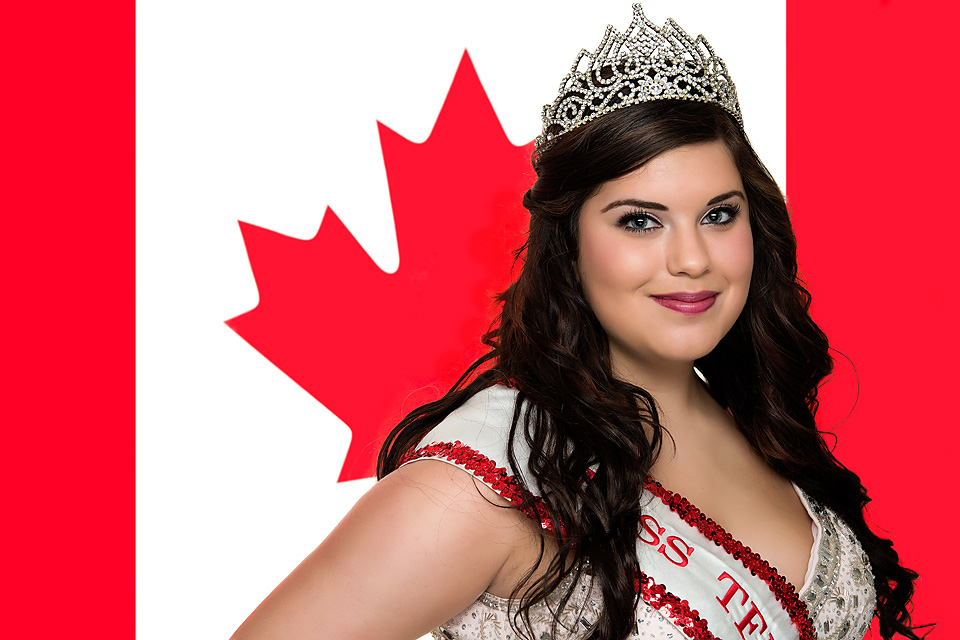 In her own words:

“I did everything from volunteering to public speaking to sporting events. I tried to be as involved in the community as possible. Some major events that I did were Canada day. I was co master of ceremonies at Harris Park. I spoke in front of 45 000 people. That was the day I got over my fear of public speaking. I did an event in November that was a fundraiser for the anti-bullying coalition. I was being interview on stage in front of an audience and after I was finished the audience gave me a standing ovation. Then next day we left for Ottawa and I was scheduled to meet the prime minister, but unfortunately he had to go to Toronto urgently. I watched a meeting and then went into the lobby where all the politicians from across Canada where and also the ministers of many things. We were taken on a private tour of the parliament buildings and taken into rooms and hallways where “everyone who is important in the world has been”. Most of the place we went in parliament weren’t allowed for the public to see, so I was very honoured to be invited to have a tour. Then, over Christmas, my family and I travelled to El Salvador, where we went to a school and church in a very poor area. We brought school supplies, toys and candies for the kids. The church holds a lunch for the kids every day because most of the kids families can’t afford to have food for them so this meal is likely the only meal the day they have. When we went we brought pizza, pop, cookies and fruit for them and they really enjoyed making the crafts.”

Last weekend, Celina attended the crowning of the newest Miss Teen Canada, where she passed on the torch to Karyanne Smith-Flanders, and had this to say about the experience:

“It was the most amazing year of my life. I did almost everything that I wanted to do in my year and I still have many more things I want to do regardless of being (MTC). Passing on my crown was hard, but I did everything that I could with it. Now it’s with someone who can also do amazing things with it.”

I’d like to give my personal thanks to you Celina, and to all the women out there, who do so much in our local and global communities. You’re leading by example.

More Than Just A Pretty Face | Creative Headshots In London, ON