“Competition is a rude yet effective motivation“. ~ Toby Beta

For the third time in the past four years, I entered the International Loupe Awards: one of the largest international photography competitions around, held in Australia. The competition is fierce – those Aussies really know their stuff – and more than 4000 photographers (give or take a shooter or two) enter each year. I’ve found it to be one of the most challenging competitions to enter and this year was even harder.

In previous years, my best showing was a Silver Award with a numerical score of 82 (out of 100). I had one in 2011 and another in 2012. After taking last year off as I felt that my 2013 imagery wasn’t creatively “up to snuff”, I decided to roll the dice on this year’s show. Now, they recently changed the rules a bit by making things tougher. Bronze Awards would require a minimum score of 80 and Silver Awards would require an 85. By those standards (yay! for standards), two of my past five entries wouldn’t have made the grade. So, I rolled up my sleeves and went for it – nothing ventured, nothing gained, right?

Looking through some past portraits that had done well in competitions here, I decided to see how they’d do overseas. “The Curious Chun Zi” scored an 82 and “Colour Me Crazy” scored an 83, both earning Bronze Awards. Not bad, not bad. That matched my previous best, setting a new high score for me, actually. So far, so good … 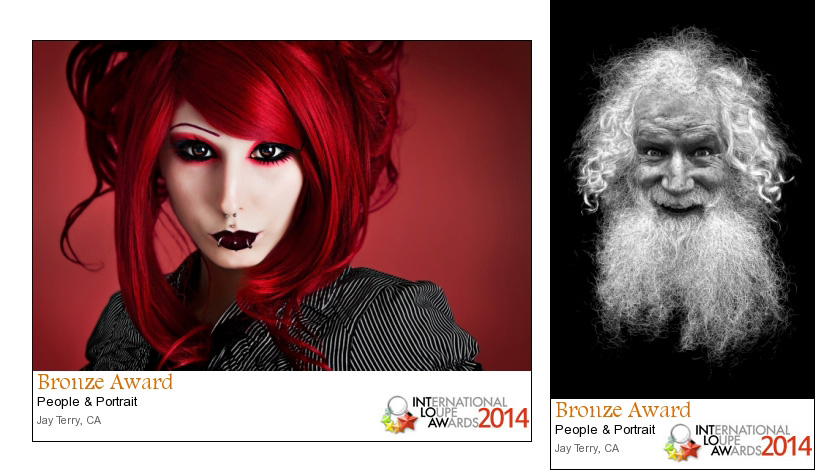 The next two entries were entirely new creations, both going into the Illustrative category. Stepping outside of my comfort zone, I came up with “Gotta Getta Cuppa” and “Her Time To Be”. The latter scored an 83 for another Bronze but “Cuppa” scored an 85 for a Silver Award! Needless to say, I was thrilled with that. While not a Gold or Platinum (honestly, I’ve not once seen someone score a Platinum Award … ever), I bested my previous years’ scores. Booya!

So, why do I enter these competitions?

Beta was writing about business, but it did get me thinking. Many photographers enter competitions with the aim of simply ‘winning’. They want the awards and what they believe will bring them notoriety, as if their self-worth is tied into hanging a ribbon on the wall. Some get fiercely competitive about it and very bitter if they don’t do well. I like to think of competitions as a one man race … against myself. Sure, winning awards is great and the excitement of competing against some of the world’s best is intoxicating (briefly), but the real victory comes in exceeding your own limits, however real or  imagined they may be. Ultimately, I’m only ever competing with myself. If I take a loss or poor showing personally, I can’t blame ‘the other guys’. If I ignore or criticise the judges’ feedback, I’m only hurting myself in the long run. And, if I make the competition about the other photographers, then I lessen myself and my work. How can I grow as an artist if I do any of those things?

The short answer is “I can’t”. So, I don’t. I stay motivated and focused on improving my art.

And there’s the real win.