“But never for us the flitch of bacon though, That some may win in Essex at Dunmow.”
~ Geoffrey Chaucer, The Wife of Bath’s Tale and Prologue 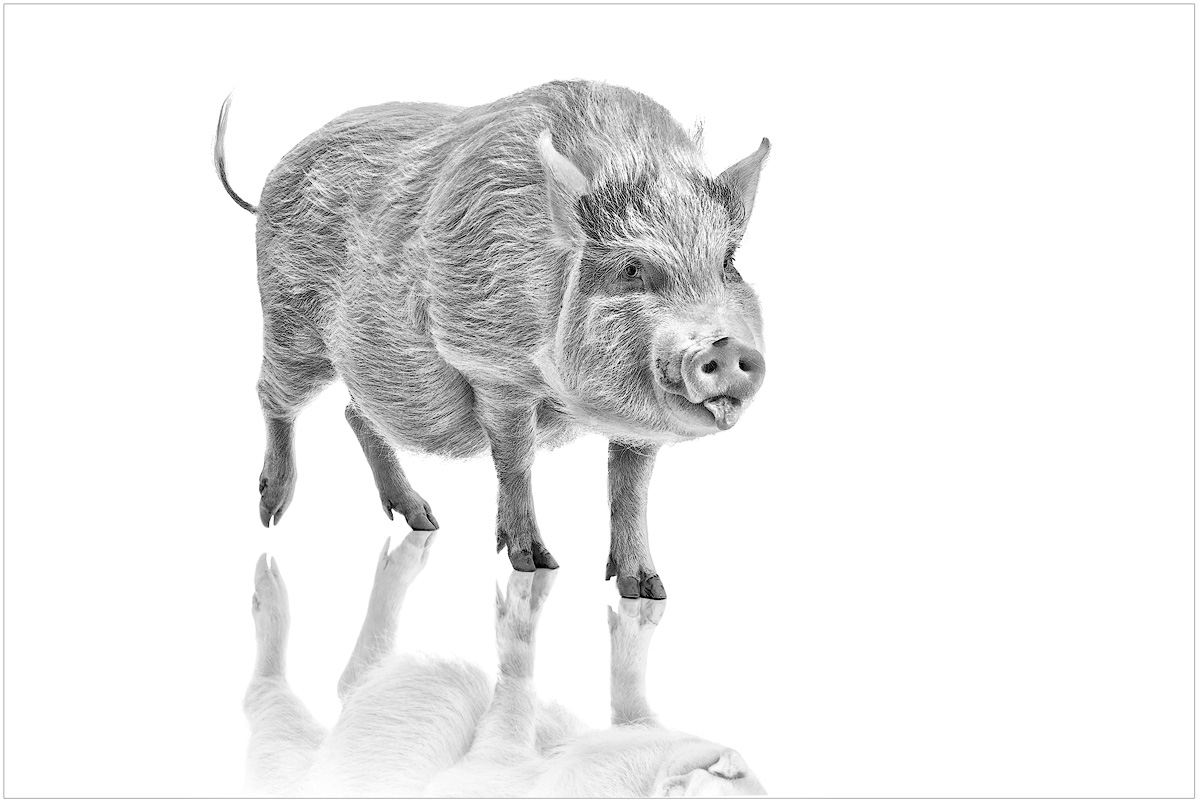 I know, I know … the saying “bring home the bacon” most commonly refers to ‘earning money’ but it has also been used to describe being successful, and that’s where I’m taking it today. This is the official back(bacon) story of my competition image “Not Surprisingly, Tater’s Modelling Career Ended As Soon As It Began“.

First. let me introduce Tater, the 100+ lb domestic Destroyer of Doritos and all-around charming “little” porker. He’s the boon companion of local friends Valerie and Blair, and just one of their many interesting critterly dependants.

Each year, I look to submit at least one image to the PPOC national salon that’s significantly different than what people might expect from my usual work. Having not ever entered an animal portrait before, I went looking for something that sparked my imagination. A quick note to Val and Tater was in the studio by the end of the week. A little side note here: apparently, pigs have a much easier time going down the stairs than going back up. In fact, he had to be carried up and he was none too happy about that, given his cacophonous protests. If you’ve never before heard a pig tell you off, you should give it a try some time – you’ll never forget the experience.

Anyway, Tater came for his modelling debut and, despite hip-checking every movable piece of equipment I own, performed admirably. He stood, he sat, he did a few slow struts around the white tile board and he ate … a lot. If only every subject in front of my lens were so easily encouraged …

I entered his portrait-au-pig in the ‘Animals’ class (naturally) as my master image submission (there’s a side competition at the national salon for master photographers: an any-class-goes head-to-head between MPAs with the best overall image winning – “there can be only one!”, for you Highlander fans). The end result: a score of Excellence. Woot!

It won’t be until May 1 at the awards banquet in Ottawa that I’ll find out whether or not Tater earns an award, but that’s neither here nor there.

The Art of: Waterfalls

The Art of: Emotion