It`s not every day that a photographer gets to hang with a pack of fellow shooters and a flock of eager, energetic models, but that`s just what I got to do a few weeks ago.

When my buddy, John, called me at the end of May and told me that he wanted to put this shootout together, I jumped at the chance to spend a day shooting for fun. No deadlines, no guidelines, no pressure. Simply one full day to work with some new faces in some new locations and just … play. It’s the kind of event that really lets a photographer stretch their creative ‘legs’ and get back to the root of why they got into photography: having fun making good images. 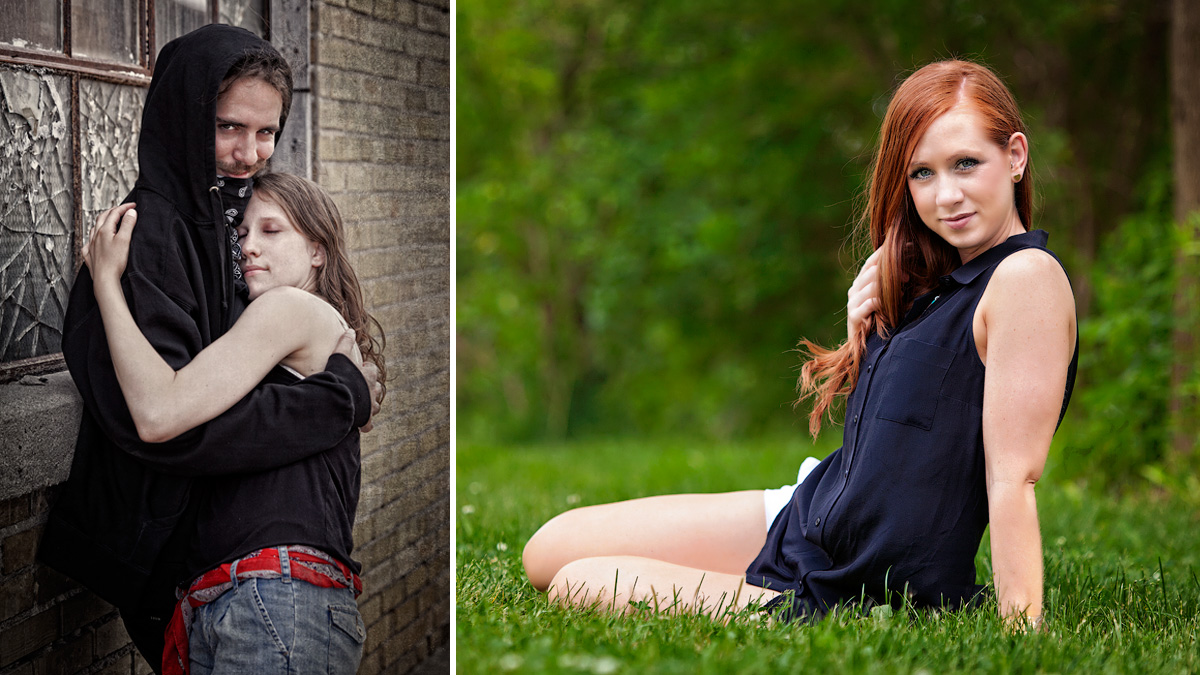 On the day of the shootout, I threw my gear in the back seat and took off for Ingersoll to grab child and family photographer, Stacey. Loaded up with Timmie’s and omg-I’m-going-to-die-from-a-diabetic-coma cinnamon rolls, we pulled into Tina’s (super fabulous) studio in Elmira. John and the models arrived shortly after, followed by Jay, a fantastic lifestyle portrait photographer from Waterloo. Introductions were made and off we went.

Keep in mind, the models we had with us that day are, one and all, John’s clients. They are not vets at this, not pros (yet!) but they were eager, willing and more than able. We started off at an industrial site, followed by a scrapyard (seriously, how often do you get to jump around on piles of trashed cars and trucks?) and, finally, a great little bridge-over-the-river location.

By the time we decided to break for dinner (great job on the food, Jay! I’ll bet you’re still trying to finish those things off …), it really looked like the day was going to be cut short. Dark clouds and rain threatened to ruin our fun, but everyone decided to risk it anyway. So, off we went again – rain or no rain! 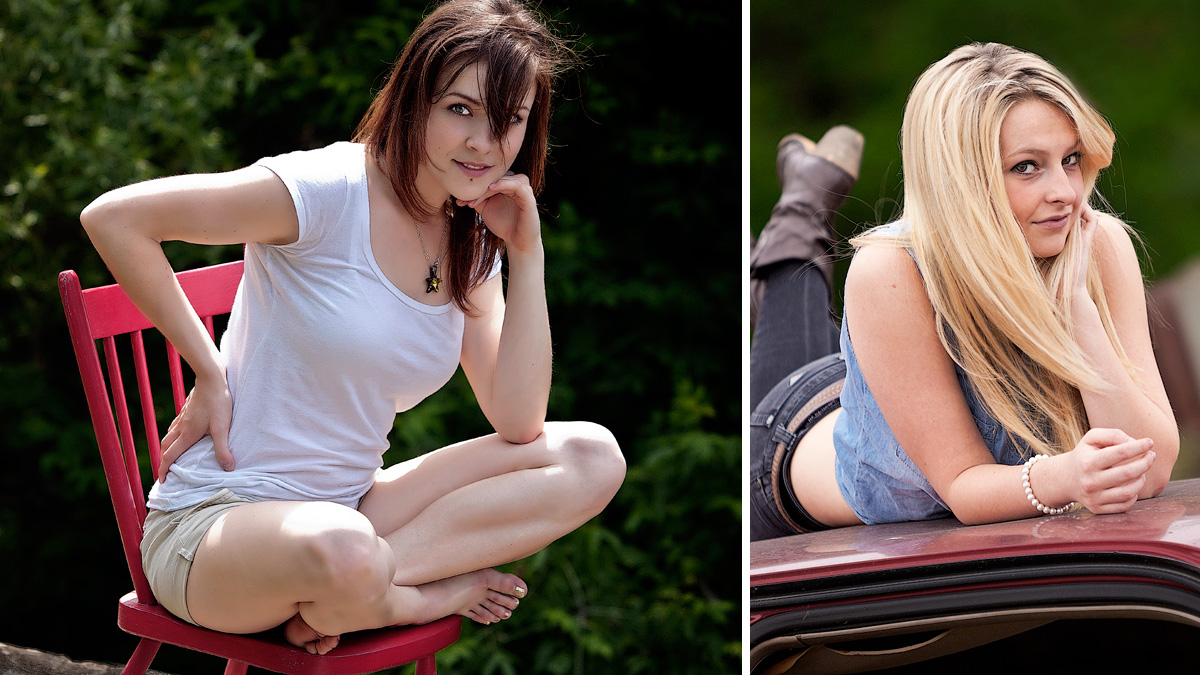 In retrospect, that turned out to be a fantastic idea. We arrived in Elora amidst a steady rain and dimming light. The models poured (no pun intended … sorta) out of the vehicles and we made our way to a great little set of building foundations on the banks of the Grand River. After a few minutes of hiding under umbrellas, the notion of ‘staying dry’ went straight out the window. We really put the weather sealing on our cameras to the test as splashing and dancing became the theme of the evening. 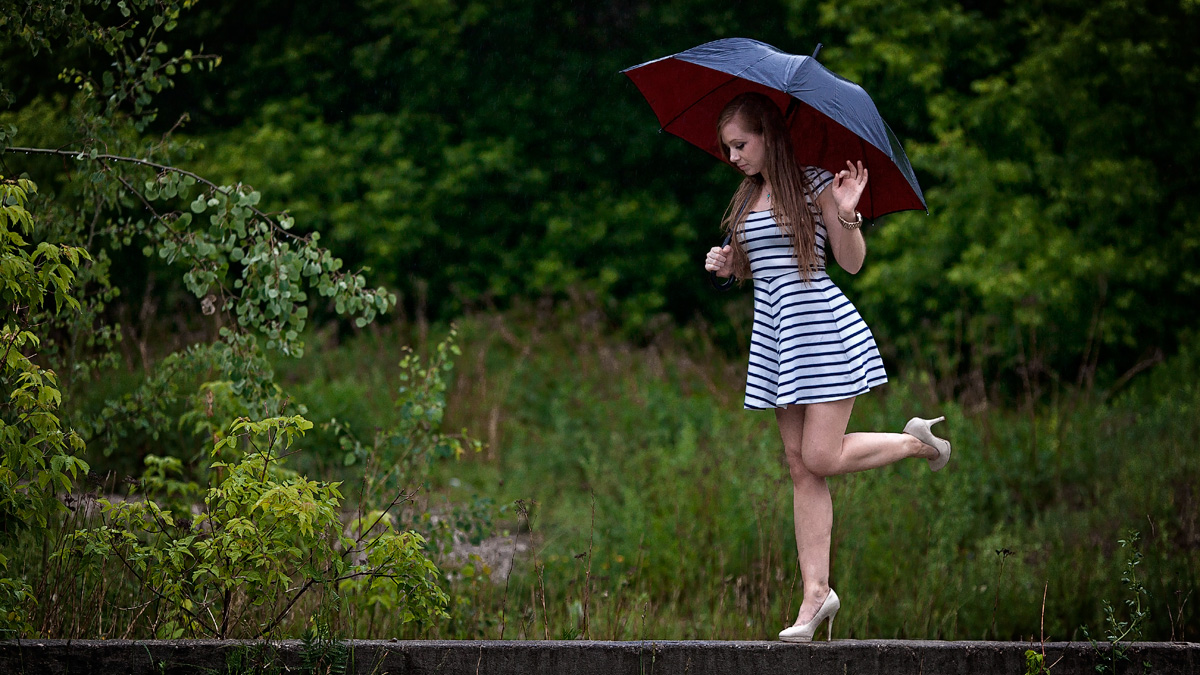 So, after 7 hours of shooting, it was time to call it a night. To be entirely honest, I’ve been to several shootouts now and have worked some long events before (weddings make for a long, tiring day), but I didn’t feel the usual “wow, I’m exhausted” at the end of this one. When you shoot for fun, the weight of the work isn’t even an issue. You get caught up in each moment and look forward to the next. And, look forward, I do. John and I have toyed with the idea of doing another shootout with another group of models in an entirely new set of locations later this year.

It should be a blast!